LEADERSHIP AND STRUCTURE IN THE CAC 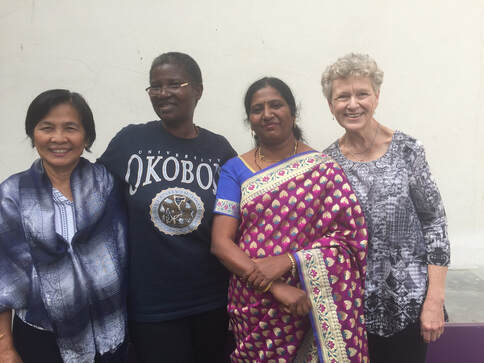 CAC International Leader Team, Saranay Paz, Veronica Kapinda, Annie Thirugnanam, Arlene Branick
The different groups of the Community of Apostolic Christians have a leader, who works with a team or a council of two or three members.  Leadership is understood as a service to the community.  The CAC developed out of a combination of the earliest beginnings in the Circle of Those Who Pray and the Lay Community, both of which were member groups in the Opus Spiritus Sancti from the beginning.
​
Two quotations from Fr. Bernhard Bendel show us how important this community was to him "A work that wants to function in an apostolic way needs in every regard the community of lay people."  And in answer to a question which Fr. Bendel put to the lay community on April 30, 1961: "Does our work need a community of lay people?" he responded himself, "I believe if this circle in the Opus were missing, then something very essential would be missing, perhaps the innermost."
​ 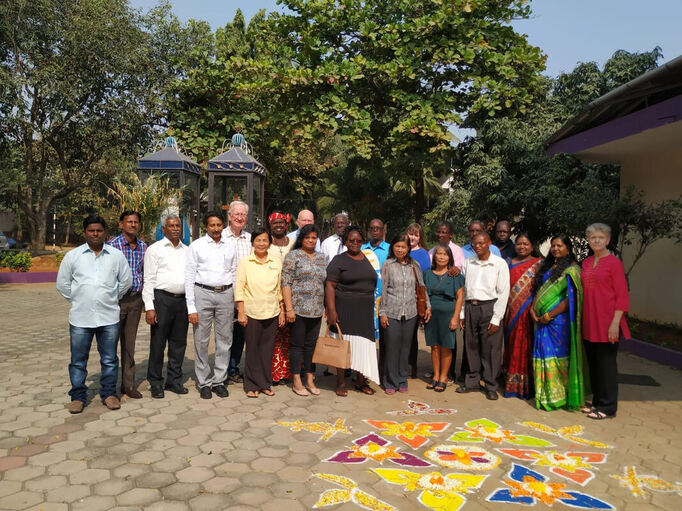 International Council Members at their 2019 meeting in Ramanthapur, India
In 1976 these different circles united together according to the wish of Fr. Bendel and formed the Community of Apostolic Christians and all their various apostolates and goals were integrated.

From that time onwards a longer time of formation slowly developed, which led to the First Dedication to the Holy Spirit and First Contract with the community.   A similar time of formation was developed for the Lifetime Dedication and Contract.  These developments were very positive for the growth of the spiritual life of the members.  The understanding of what it means to be called into an apostolic and missionary community in the OSS has been experienced more deeply in recent years.

The Community of Apostolic Christians in all areas of the world where the groups are found, understands itself to be bound to the brothers and sisters of the other communities in the Opus Spiritus Sancti through our common spirituality.
The International Rectors of the OSS have played an essential role in building up the CAC and in its continuing growth, as well as in deepening the spiritual life of the members.  Individual members of the other four OSS communities have also been very helpful.  The complete administrative structure of the CAC can be found in the Statutes of the community.
Copyright Opus Spiritus Sancti. All Rights Reserved.